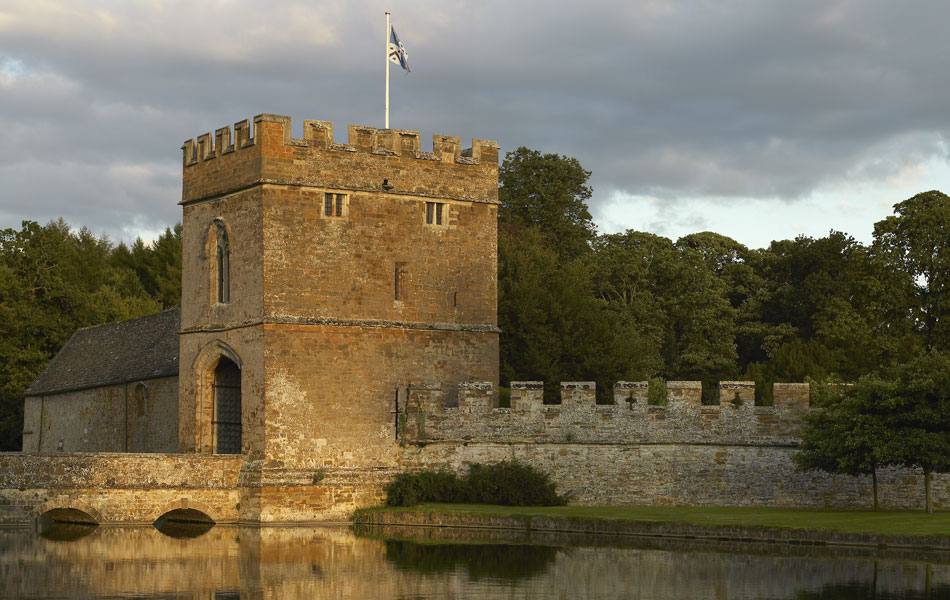 Sir Thomas Wykeham was granted a “license to crenellate” in 1406 and these fortifications – gatehouse, moat and the battlements of the curtain wall – are the result. Sir Thomas had inherited Broughton Castle from his great uncle William of Wykeham, the founder of New College, Oxford and Winchester College who bought Broughton Castle in 1377. Their descendants still live in the Castle.

The Great Hall was the heart of the original 14th century house. The windows were installed in the 16th century, and the plaster ceiling is mid-18th century. William of Wykeham’s portrait hangs above the fireplace, opposite that of William Fiennes, the 1st Viscount Saye & Sele and a leading figure in the opposition to Charles I. The Castle was a meeting place of the leading Parliamentary opponents of Charles I including John Pym, John Hampden, Lord Brooke and Lord Saye’s son Nathaniel Fiennes. 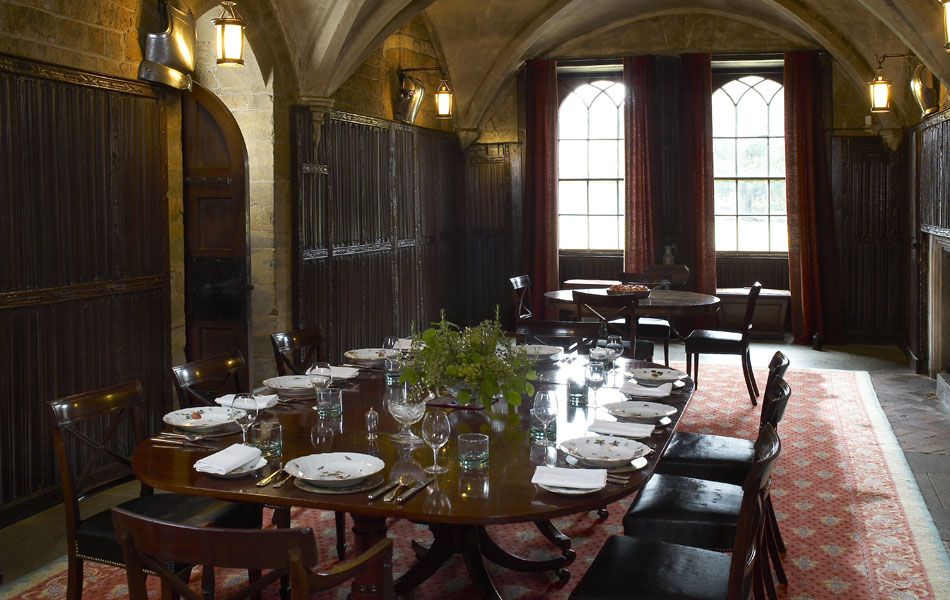 This room started off as the undercroft (perhaps combining the functions of storeroom and medieval kitchen) of the original 13th century house. It is now the dining room, and still in regular use as such. The double linenfold panelling dates from the mid-16th century. 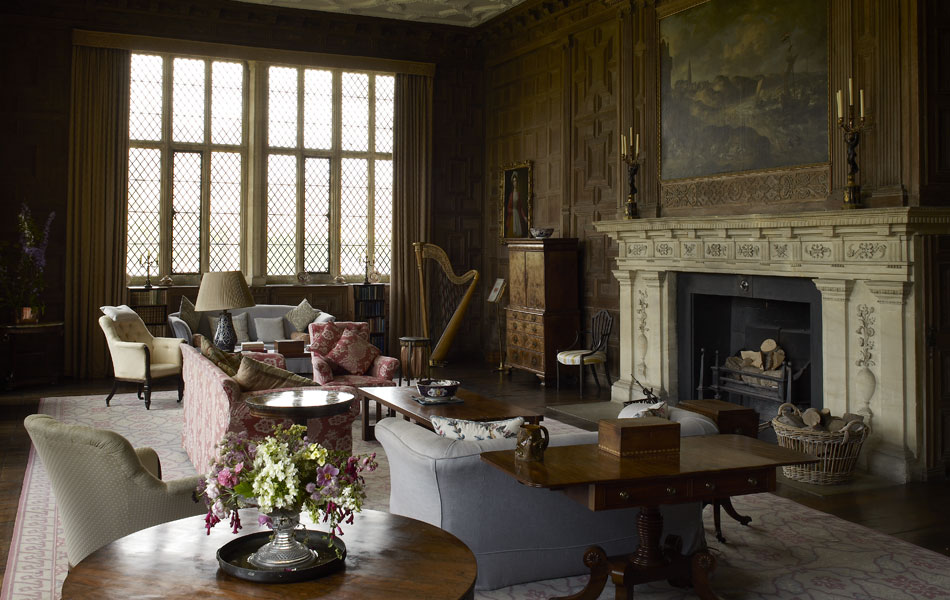 Part of the major additions of the mid-16th century. This panelled drawing room also has a notable oak interior porch put up by William, the 1st Viscount with a quotation reflecting on the end of the English Civil War and the ensuing political instability. The picture above the fireplace is of Charles II leaving exile in the Netherlands to return for the Restoration in 1660. The room has featured in a number of films including Jane Eyre (2011) and Shakespeare in Love (1998). 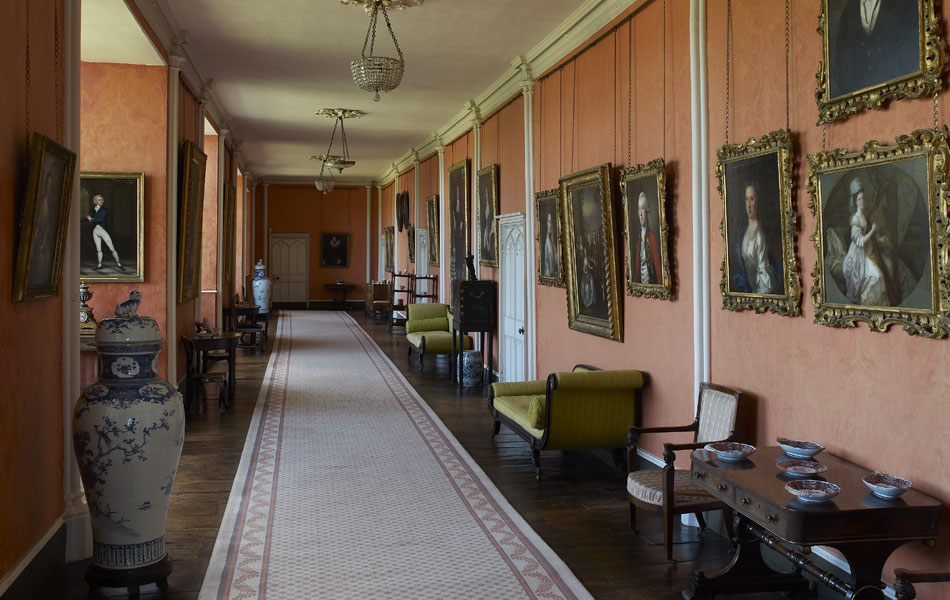 First added as part of the mid-16th century work, and then remodelled in the Gothick style in the 1760’s, and redecorated in 1970.  Family portraits from the 16th century through to the 19th century hang along the Gallery walls. The carpet was made especially for the film Three Men and a Little Lady in 1990, and given to the house by the production company. 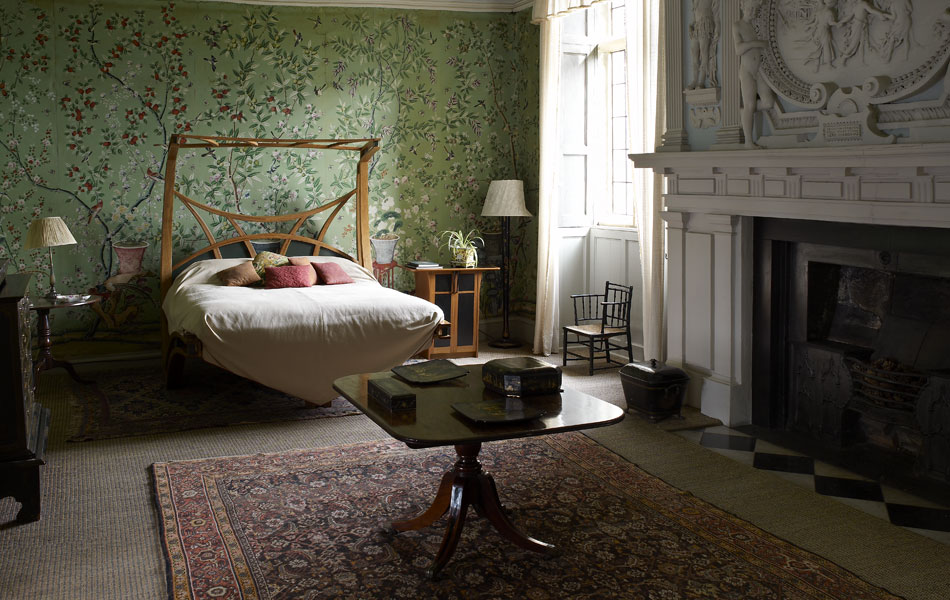 James I in 1604 and Edward VII in 1901, when Prince of Wales, stayed in this room. The bed is 1992, the wallpaper hand-painted from China in about 1800, and the magnificent plaster fireplace is from the 1550’s – similar work is to be found at the palace of Fontainbleau in France. 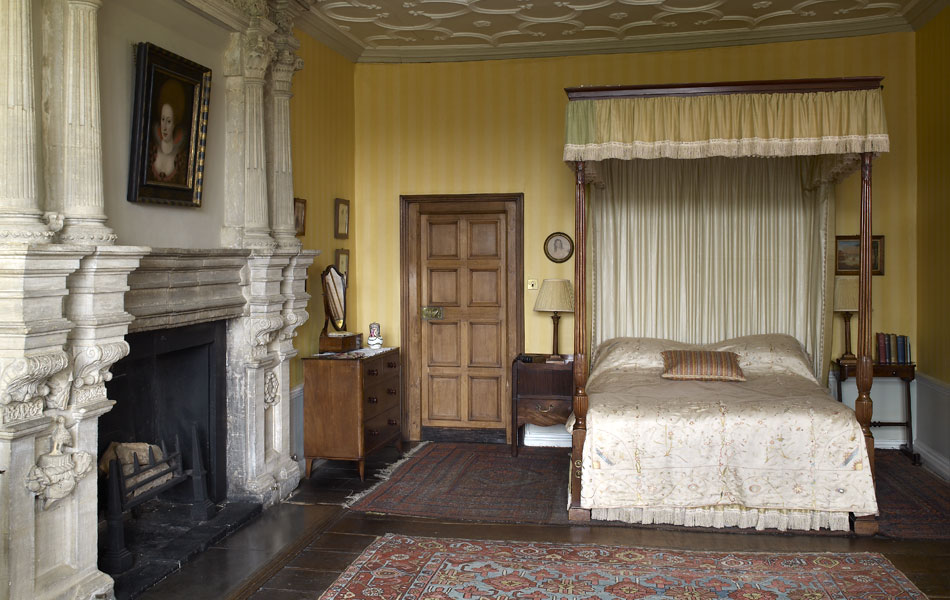 Named after Anne of Denmark, wife of James I, mother of Charles I, she stayed here with her eldest son Prince Henry in 1608. Her portrait hangs above the fireplace. From this room a squint allows a view down into the Chapel. The fireplace is from about 1554. 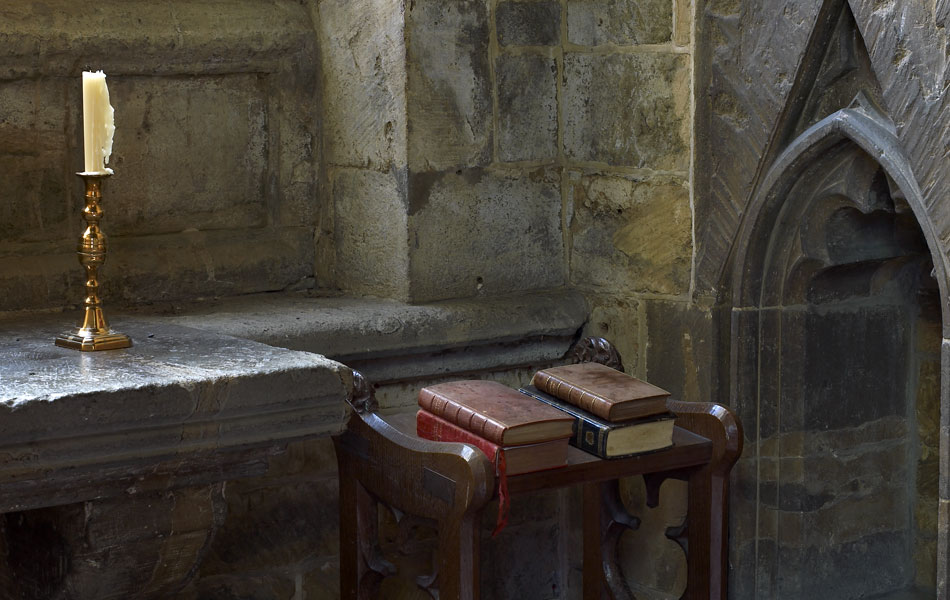 First consecrated for Christian worship in 1331 and still in use. The fixed stone altar and encaustic tiles on the floor are all of the original date. The two contemporary stained glass windows were both designed by Alfred Fisher, the east window in 1995, the north window in 2005.